Okamura Corp. based in Japan, Yokohama. Company that was established in 1945, has three main categories, namely the segment Office

Managing Director of the International Chitose, Dedie Suherlan, in Jakarta, Monday (27/4), said that, in the operations in the first year, is expected Okamura Chitose can print an income of Rp30 billion. “Projected revenues for the first year of Rp 30 billion with a growth target of 15-20% every year,” said Dedie.

For the establishment of this joint venture, Dedie explained that Chitose budgeted investment of Rp15 billion in capital, while Okamura Corp. got a stake of 33%, as stipulated in the initial requirement of foreign investment in the country.

Meanwhile, President Okamura Corp., Mayasuki Nakamura said, as the initial stage Okamura will increase the capacity of a producer direct marketing in Indonesia.

“Initially we temporarily marketing cooperation with Chitose, in the future we want to produce together Chitose ranging from office products and others. Chitose has lots of shops and agents, we want to develop our products through Chitose,” said Nakamura.

With the addition of business activity through Okamura Chitose, Dedie hope to contribute to the International Chitose revenue targets to increase revenue in 2015 above a minimum level of 10% compared with the previous year. To achieve these targets, a number of steps performed by expanding the international Chitose factory expansion and distribution network in the country.

As planned, Chitose will open a flagship shop in East Java for the retail market and several projects for the eastern part of Indonesia which will be realized this year as well construction. In terms of manufacturing, the Company will complete and review the preparation of a second plant in Cimahi, West Java.

“Thus, the hope installed production capacity can be increased up to 25% gradually in the next 5 years,” said Dedie.

While Chitose Marketing Director, Timothy J Paul explained, next to the furniture market is still very open given as reported by a survey related to the supply of office that this year has increased from 3.72 m2 to 7.2 m2.

“This potential Chitose furniture to go in. Although the situation from January to March 2015 is full of challenges such as the weakening of the rupiah, the minimum wage increase of up to 17.6%, and the overall economy is slowing, which would affect the performance of Chitose,” he said.

To face these challenges, Timothy reveals a four-point strategy that will be done this year Chitose. The first is the strengthening of cooperation Bussiness to Business (B to B). Among other things by increasing product penetration Chitose which currently reaches 300 items of products, as well as reviewing the existing products in the context of the product lifecycle.

The second strategy is a Specific Focus, among other things by increasing product penetration banket, hotels and restaurants and education products. “Thirdly we giatkan expansion and diversification with mengebangkan products wood base materials, also working with Japanese companies.” One of them with Okamura Corp. today, because we already establishes cooperation with other Japanese companies since five years ago, “said Timothy.

While the latter strategy is Bussiness to Customer. He explained that this strategy Chitose cooperation with hypermarket for marketed products simple, attractive. “As we market the products ZAO at Ciputra Mall Surabaya. It’s mengarap middle class who usually visit the Mall,” he said.

Moreover, he added, Chitose also build Flagship Shop in Surabaya to serve the retail market in Indonesia. “For this land flagship shop already exist, and in the development process. We hope that next year is already in operation,” please him.

Chitose also fix dozens of showrooms with a new concept. One of them with the cooperation with AEON working Okamura shop display in a department store and supermarket. “Also Uni-qlo as we have completed in Gandaria City Mall. Uni-qlo many plans in 2015, this is our opportunity,” said Timothy.

Where can I Buy Chitose’s Product?

Get Chitose product in the Distributor and Sales Agent nearest to your location. 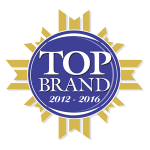